See our standard of beautiful nose.

Ideal nose shape can be made by balancing and harmonizing with your eye, nose, mouth and face shape.

Evita clinic’s nose surgery is not simply making your nose higher. And we do not just simply copy celebrity’s nose shape. We suggest customized solution for your nose. This solution is only for you, based on your individual, face-to-face consultation. You can expect ideal nose shape which perfectly harmonize on your overall face. 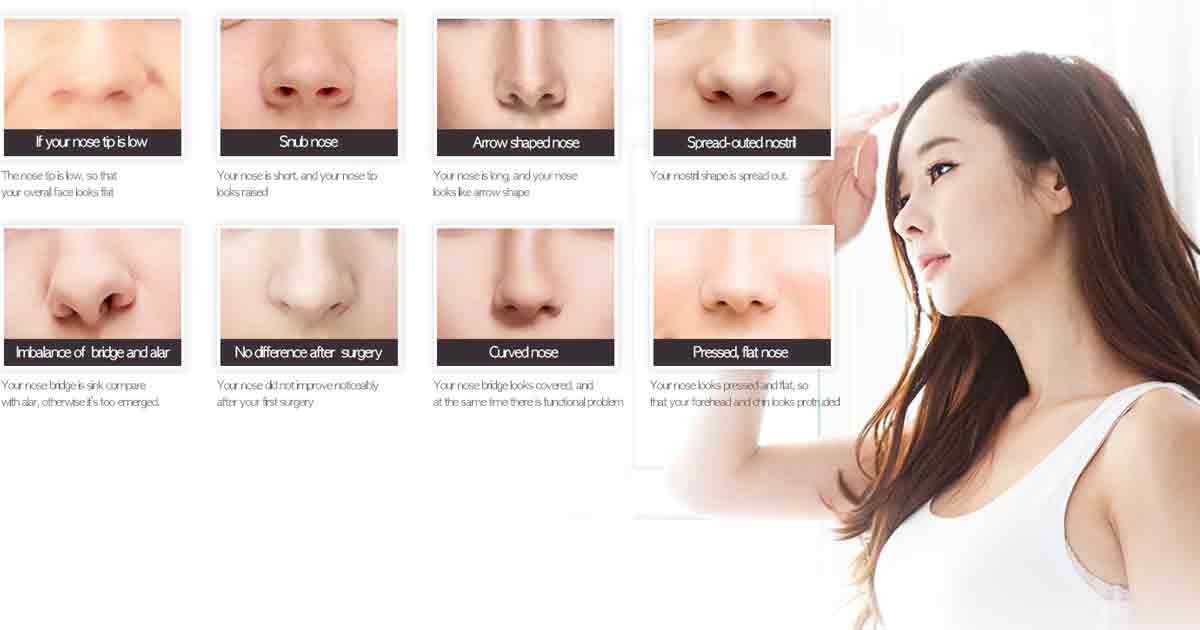 -> In case of many people who considering about rhinoplasty, most of them, their size or height of nose is already enough. But mostly, because of the shape of nose tip, it makes your overall face imbalance. In this case, by Evita clinic’s luxury nose septum sculpture, you can improve your overall image dramatically

To learn more about variety of rhinoplasty, understanding anatomy of nose is helpful

Various material is used. Considering each material’s advantage and disadvantage.

Dr.Kim has patent of rhinoplasty, who is truly expert, specialist and master of it.

How can I make my face more like three-dimensional, not flat?

Depending on the angle of nose and lip, or nose and forehead, your face shape might look different. 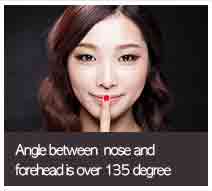 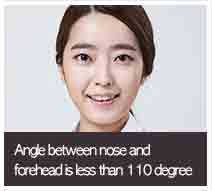 Especially around of your eyes look sunken, and forehead looks protrude 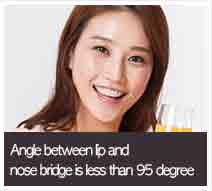 Normally in this case, the nose is arrow shape, and overall impression looks old and aged 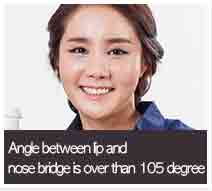 In this case, your nostril is visible. So that it makes you looks old-fashioned.

In conclusion, for balanced and natural nose, which looks three-dimensional, it should be proportional to your own face size. Also it should make balance with your overall face. So that your nose shape will be most ideal.

All people cannot have same nose shape. Up to each person’s face, sometimes body type, gender or race, it is important to have a nose shape which is fit for you. But, there is an ideal shape and proportion of nose which is commonly considered.

The nose which located on center of your face, how would it be important?

The nose located right in the middle of your face, so it takes important role making your impression.

Lateral view: the nose tip is drooped, so that it covers your philtrum. Overall, it makes you dull and aged.

Lateral view: Your overall face looks imbalanced. It does not looks arranged.

Lower view: You might look ridiculous or tough impression

Lateral view: Your impression is dull and rough.

Frontal view: Because of the dull nose, your face looks wide and flat

Lateral vies: Because of the wide nose bridge, your mouth looks protrude.

Lower view: Your overall impression is not clear, looks old-fashioned.

Frontal view: Your nostrils are exposure, and makes you look rash.

Lateral view: Due to your ridiculous nose shape, people might make fun of you.

Lower view: Because your nose looks flat, so that is makes your face looks flat. Also it looks dull.

Lateral view: It looks there is no vitality.

Lower view: You might have an impression of sharp and strong.

Evita clinic’s customized rhinoplasty is up to each patient’s own nose shape. The surgery method and component of implant is up to individual condition. Not only cosmetic result, but also we consider about functional improvement.

Luxury nose septum sculpting is Evita’s signature. No need for implant. By gathering your own septal cartilage, your nose shape will improve. You will feel the best harmonization of nose tip and nose bridge.

Due to failed nose surgery, if you are not satisfied with your nose shape, or if you want to improve functional problem of your nose, you need nose revision surgery.

Consult about your budget and ask additional questions

If your nose is too low, you will have an impression of flat and dull. In case of hooked nose, it might cause negative impression, such as mannish and ill-fated.
In conclusion, as the nose located in the center of your face, it keeps the balance of overall face. And up to the nose’s height and proportion, your face might look like more in three-dimensional. So that it makes you look more clear and well-defined feature.