Gynecomastia Surgery and a Biopsy?

Gynecomastia Surgery and a Biopsy? 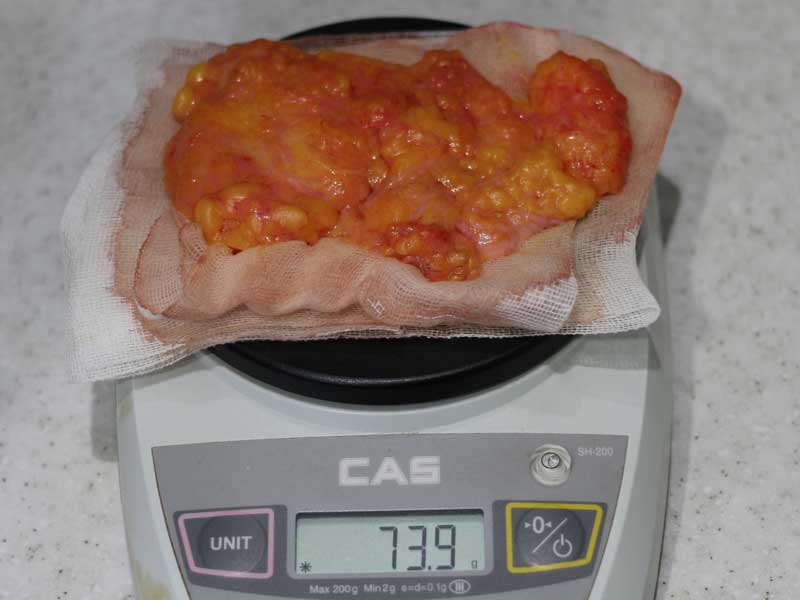 The above photo shows a sample of the mammary gland right after removal.

The removed gland will be sent to the pathologic laboratory for biopsy.

We do this for our patients as part of the post-op service to rule out the cause of Gynecomastia.

Most men affected with breast cancer are aging 60 years old and above. Only one side of the breast would be affected. The affected breast would show symptoms like fluid leakage(blood) from the nipple and swollen lymph nodes in the armpit. 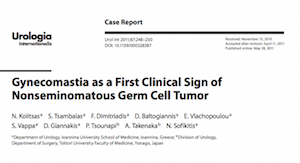 In addition, as shown in the photo above,
Gynecomastia can also be an indication of early symptoms of abnormal germ cell tumors.
In this case, we would require a blood test.

The majority of men who want to treat Gynecomastia are for cosmetic reasons.
Rather than simply treating Gynecomastia by liposuction,
Gland must also be removed and sent to the laboratory for biopsy.

You will recieve this pathologic report 1 week after your operation 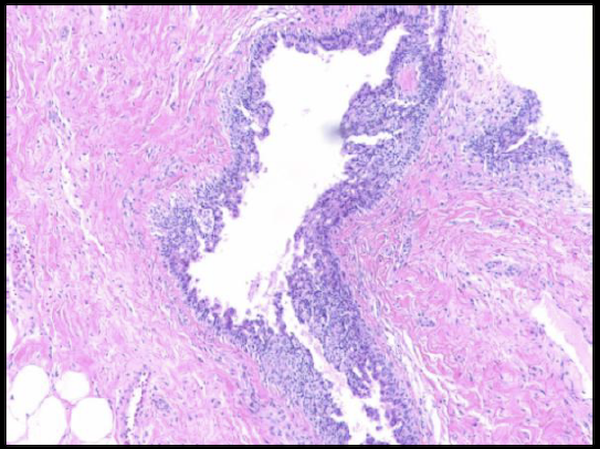 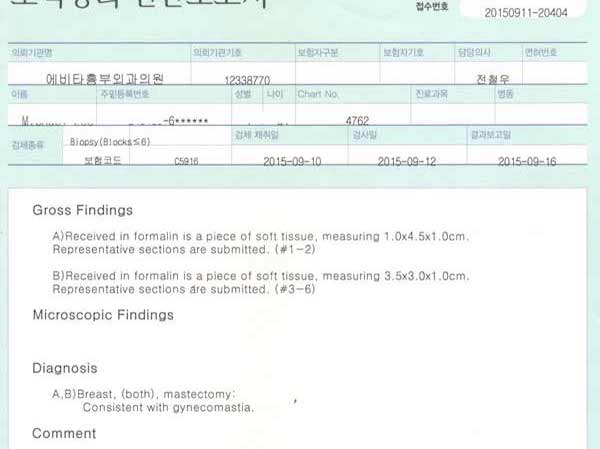