A Tetravalent(Quadrivalent) vaccination is available in Evita Clinic. (30,000 KRW)

A Tetravalent(Quadrivalent) vaccine is a next-generation vaccine that can prevent four kinds of influenza virus by one time vaccination. Two types of influenza A virus (H1N1, H3N2) and two types of B virus (Yamagata, Victoria) can all be prevented. It is a next-generation vaccine, a step forward in the trivalent vaccine that can stop three kinds of flu viruses.

Since 2012, the World Health Organization (WHO) and the European Medicines Agency (EMA) have recommended the use of the Tetravalent(Quadrivalent) vaccine. This is because there are a lot of cases of getting the B-type influenza even after vaccination. 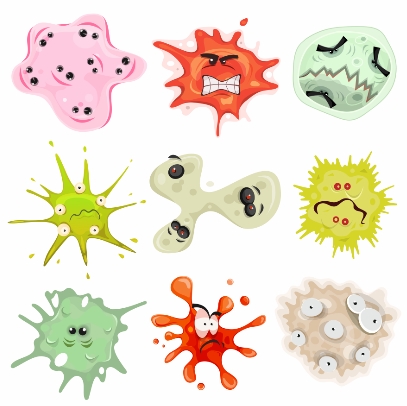 The cause of influenza, the influenza virus, is always transformed, so even if the vaccine is developed, it will become useless if the virus has already changed itself.

Influenza viruses vary every year. Sometimes it threatens mankind with the interval of 10 to 40 years, when the viruses have big changes.

The usual variation is a little different in appearance from the existing gene, from small ‘a’ to capital ‘A’, but sometime they have a big change like from alphabet ‘A’ to alphabet ‘B’. It means new virus has occurred. Therefore, the vaccine should be continuously developed in preparation for such a mutation.

The reason humans die a lot from influenza is because it is impossible to predict how the virus will change. Also it attacks in the absence of antibodies to the virus.
So, to prevent that, vaccination should be done at least two weeks before the influenza season. Normally, antibodies start to be produced in one week to two weeks after vaccination. It rises to the peak of 4 weeks. The duration of effect is usually 5 months to 1 year. The influenza season in Korea is January to March. Therefore, it is better to vaccinate between October and November. 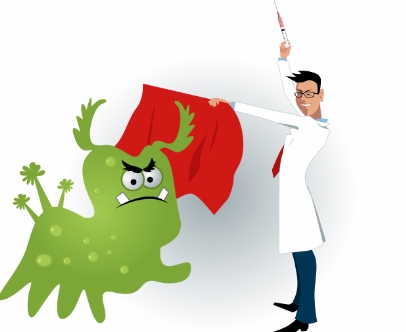 In some cases, some people worry about side effects of the vaccine, such as fever or swelling. However, if you choose recently developed vaccines, you do not have to worry about these kinds of side effects.

Did you know how to make an influenza vaccine? Influenza vaccine is difficult to make in bulk at once. The production process is complicated enough to take about 3 months. Therefore, health authorities and vaccine manufacturers in each country must determine what type of influenza virus is likely to be outbreak this year until at least June of that year. So influenza vaccines can be made in time.

The ultimate goal of the vaccine is to produce antibodies against the pathogens in our bodies. It should itself be a pathogen, an antigen. So the first step in vaccine production is to artificially incubate the pathogen. 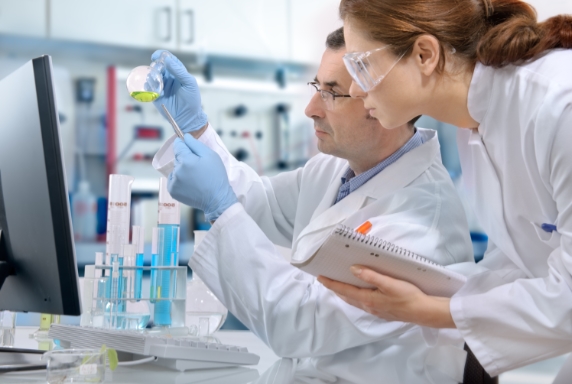 The World Health Organization (WHO) announces the types of viruses that will be outbreak this year in February each year. The general vaccine manufacturing process also begins this time. From this time, a hole is drilled in the 11th day after the chicken is born and the virus is injected into the amniotic fluid and cultured for 2 ~ 3 days. The cultivated virus is treated with formalin to attenuate the toxicity and complete the vaccine.

Firstly, make a hole in the 11th day old egg. The virus is injected into the amniotic fluid and cultured for 2-3 days. The cultivated virus is treated with formalin to attenuate the toxicity and complete the vaccine. However, early vaccines contained some of the egg cell components. Therefore, the people who inoculated it had many side effects such as fever and convulsions. But since 1972, vaccines without side effects have been developed and distributed.

More Info about the Vaccine which we use

A new emerging vaccine production method is to produce virus antigens using genes. In other words, it is a method of transplanting a gene of a virus corresponding to an antigen into a bacterium so that the bacterium produces the antigen of the virus. This method can produce much higher amounts of antigen at lower cost than conventional methods. In addition, culture conditions can be artificially controlled. Therefore, quality control is much easier.